Oh how we have struggled trying to cope with a slow, questionable spring! Since shearing it has been cool (often cold) and damp. We have had rain, snow, some ice, lots of wind and occasional sunny days. Despite the calendar revealing that we have reached spring, it has been difficult to recognize the season.

We sheared the flock on the first weekend in March. Despite getting the sheep back into clean jackets within a day of being sheared, it soon became evident that most of the flock was uncomfortable due to the damp, cool temperatures. This was despite the barn being closed up to minimize drafts and hopefully save some heat. Putting more fuel into the engines, (i.e. upping the hay and grain ration) did seem to help, but not much. The rams were especially uncomfortable alone in their palace (otherwise known as the barn addition). We decided to set up a pen for them in the shearing area of the main barn where it would be a bit warmer. The problem with such a move is that it also places the rams within a few feet of the ewes, who were just as excited to see the boys due to the proximity. In addition, I closed off the addition by placing plastic across the interior door and window. Finally things began to warm up; the sheep acted more comfortable, and they finally started to put on some weight again. Only yesterday did it finally warm up enough that I took down the plastic. Much to the ram’s displeasure they moved back into their quarters this morning.

There are some subtle signs of spring. Grasses are turning green (albeit slowly). The spring migratory birds are on the move. The first Bluebirds showed up on March 28th. Turkey Vultures returned on the 31st. Our winter population of Juncos has been growing, which is a sure sign they are heading north. Within a few days they may all disappear. They are being replaced by other sparrow species. One of our favorites of the early sparrows is the Fox Sparrows. For a week now three of them have been busy cultivating the duff under the cedar trees outside our studio window. 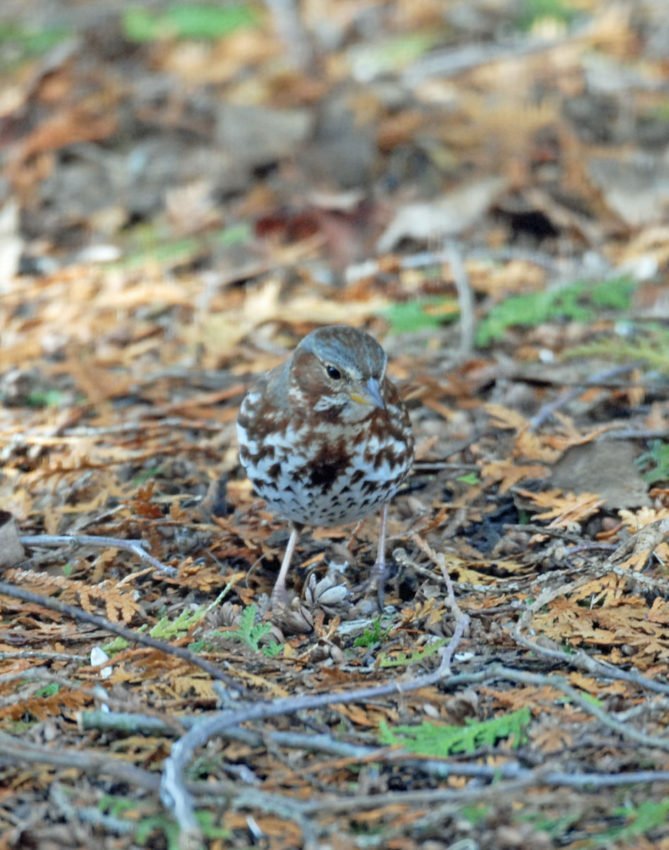 The two of us have been finishing off the last of our fiber projects that dated back to late fall, when we abandoned the gallery for the warmth of the studio in the house. I just finished the last blanket that I will weave in the studio this spring. It is to be the last of this series. 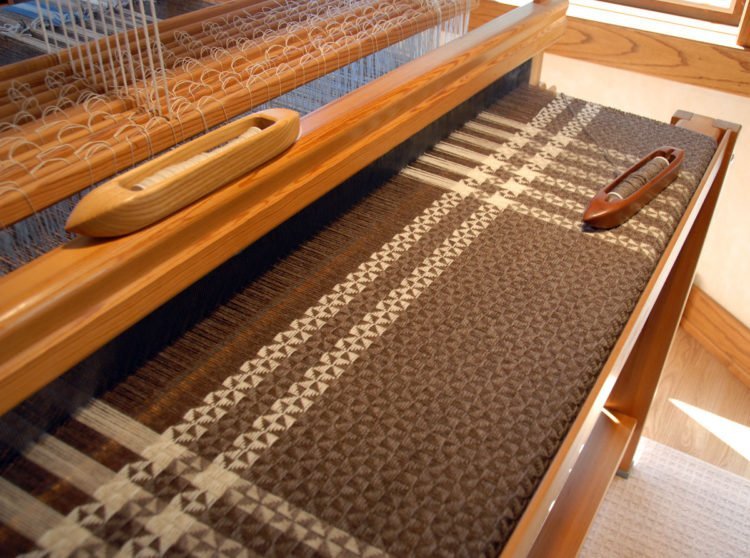 Once we return to the gallery in a month or so, I will be weaving a new pattern. Also next fall will mark a new pattern on the loom in the studio. Gretchen is also putting the finishing touches on a set of pillows that she recently wove.

We know there are some of you who are wondering when our fleeces will be placed up for sale. The sale will occur this month. We are just finalizing the plans and finishing the last of the final skirtings. Our customers from the last couple of years will receive an email soon regarding the sale, as will anyone who signed up over the last 12 months to be on out mailing list. If you are not on our list and wish to be notified, contact us immediately, using our Fleece Contact Form.

Lastly, the vegetable garden has been started. The clock is ticking on warming up the soil in the garden. While we wait, some of the plants have been started indoors. On the list, as always, are artichokes, at least 6 types of tomatoes,  7 varieties of peppers and eggplant. In addition, the dyer’s garden has a start with an especially large planting of marigolds already germinating. 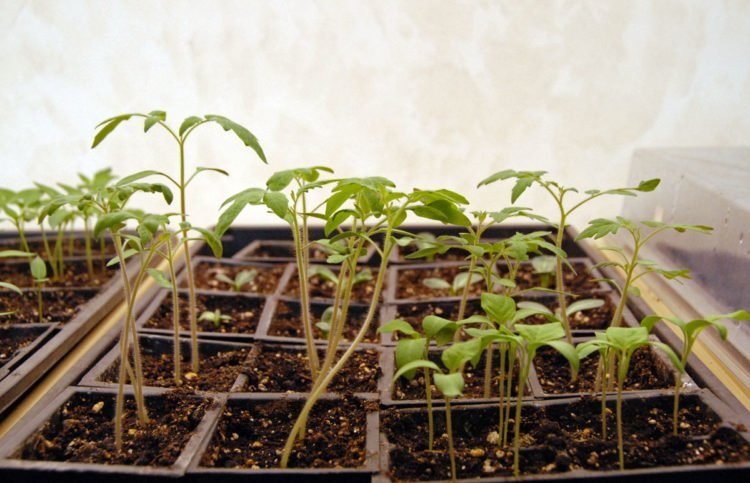 It is hard to believe but, if all goes well these little dandies will be producing a ton of tomatoes by late July!