It is now the middle of June and we finally seem to have passed the threshold into more summer-like weather. Our apple trees are dropping their blossom petals after retaining them for a wonderfully long period. It has been an extended and beautiful show for them. Everything benefited last weekend from a couple of days of steady and significant rain fall. The vegetable garden is almost completely planted. Until this week the soil temperatures have been too cool for the squash, cucumbers and melons. The cool hardy seedings have finally begun to germinate. The peas, at least, have loved the cool weather. For the peas we are now into the defensive mode of warding off the marauding deer. Electric fencing is up and the motion sensitive sprinkler is aimed at the peas area. Now all I need to do is avoid getting sprayed by inadvertently walking in front of it.

Yes, there is the more sinister aspect of the little spotted guy of the previous post. If he or she makes it to adulthood, it will mean just one more mouth in an excessively large population of deer to over-browse the native trees and flowers, not to mention the plants that we try to grow. I have nearly stepped on a fawn a couple of times since my first sighting. It is impossible to tell if it is the same one. If it is, mom is moving the fawn all over our pastures. It has become much more mobile and more inclined to flee when I accidentally stumble upon it. The next big deer challenge will be to avoid any and all fawns in our hayfield as I start cutting hay in the coming weeks. Avoiding the turkey nests in the middle of the hay will be next to impossible. 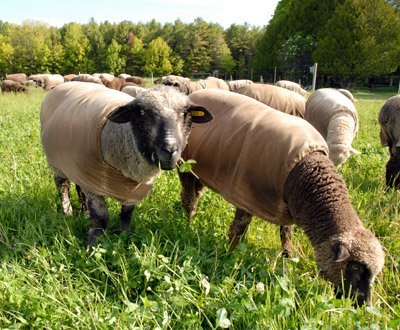 Kassia and friends in clover

The sheep are now grazing in the pasture we have named “The Orchard” (the site of our cherry trees of some years past). Hopefully they are all quite happy there. It is high ground for our farm, which means that it tends to catch any breezes that blow and make it a bit more tolerable in terms of both temperature and biting insects. Last spring we “renovated” the forage in “The Orchard” and the results this year are staggering. The renovation consisted of broadcast seeding two types of clover in the pasture just ahead of the sheep. As they grazed it was hoped that their hooves would help pack the clover seeds into the ground where, with a bit of rain, they would germinate. Last fall it was evident that the seeding had taken. This spring the growth of clover is tremendous and lush. 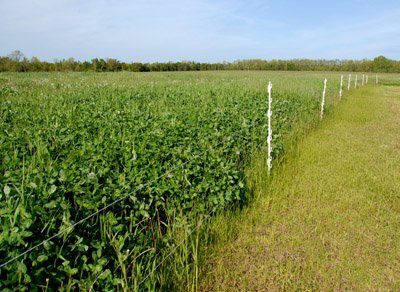 It is also easy to see where I did not quite overlap with passes of the spreader, i.e. narrow strips of grass without any legumes. The clover provides excellent grazing and nutrition for the sheep and also is an excellent natural source of nitrogen fertilizer for the soil. It is too bad that they will just about finish grazing the area when the clover was just about to be in full bloom. The smells would have been sweet! 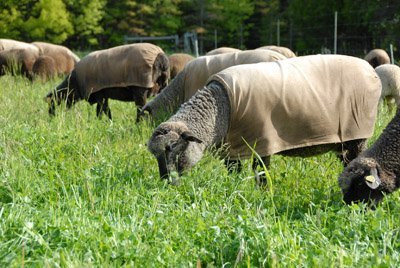 The Gallery has now been open for about three weeks. Currently it is featuring photography from Tom Bast and Gale Wandke, plus the accumulation of the last year’s handweavings by some fellow the sheep (and others) refer to as that grumpy old bearded shepherd guy. The Gallery is open from noon till 5PM every day except Tuesdays.

Opening the Gallery for first day of the season

Gretchen has been busy with a bunch of natural dyeing  projects. Earlier this month we picked a couple of buckets of Dandelion blossom for dyeing. The most recent project used the leaves from Common Mullein. 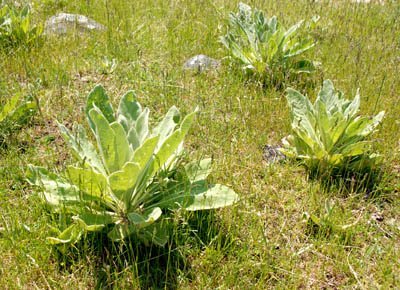 It is an alien weed with large, flannel textured leaves. Later in the year it will produce tall yellow spikes of flowers. It seems to like thin, poor quality soils, which means that it thrives in the eastern edge of our #4 pasture. For whatever reason it is one of the plants that the sheep refuse to graze. So rather than just pulling up the offending plants and casting them on a compost heap we cooked down some of the leaves into a dye solution. They yielded a number of lovely shades of yellows and browns. 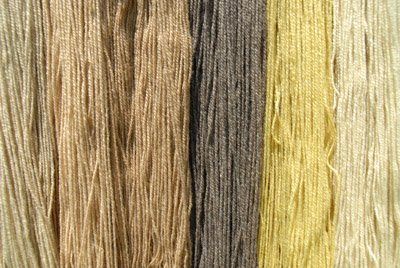 Eventually the resulting dyed wool and yarn will work their way into our spinning, knitting or weaving projects. If you visit the Gallery, you may see the big, red crock-pot bubbling away on the back porch. It is getting a good workout. Just ask to see “what’s cooking”; it can be quite interesting.