Today, March 24th, we begin the third week of lambing. The first two weeks have continued to go relatively well. The number of ewes lambing each day has slowed during the second week. The ewes seem to have taken pity upon us and decided to not lamb during the very early hours of the morning. (Or perhaps their compatriots have also complained about having their nights sleep interrupted!) In any case we have managed to “steal” a couple of nights in which all that was needed was a 2 AM bed check.

In these two weeks 38 ewes have lambed, producing 58 lambs. The sex ratio has evened out with a slight advantage to the boys: Rams – 38, Ewes – 26, Unknowns – 1. (The “unknown” was Roxie’s. She produced twins, the second of whom was born dead and partly decomposed. Her first boy is healthy and doing well.) The other negative was the death of one of Snicklefritz’s boys, Zebadiah. At birth he obviously inhaled significant amounts of fluids. His breathing was always labored; the load became too much for him after six days.

Prolificy is slightly lower than normal this year. Currently the average is about 153% per ewe. It is difficult to ascribe that lower number to anything specific. There is a chance that ewe nutrition during the period just prior to breeding may have been a little lower. The stress associated with the ewes coming off pasture at the end of breeding may have been greater. (That routine was more chaotic due to my absence caused by my ankle sprain.) 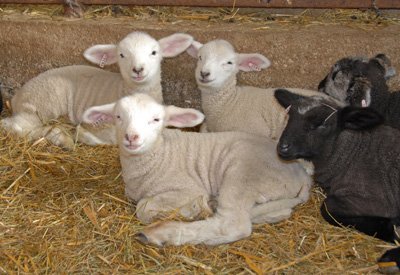 However, we are happy with lambing so far. We have some very nice looking ewe lambs for which we are always glad. Having a little more time to spend with the lambs socially is also a reward. A number have already latched onto the idea that being friendly is nice for all concerned. We now have two mixing pens full and have started a third. The lambs in the first two pens have initiated the annual rite of lamb races. Each year since we began lambing the lambs in the mixing pens have begun the spontaneous game of running around the perimeter of their pens at meal time (when their moms are all in the centers at their feeders). The spontaneity of the game is delightful. Even as the pens are merged, the races continue up to the point that the entire outer edge of the barn becomes the track. The races  eventually are abandoned as the lambs grow and become more interested in solid food. We look forward to the races; they are our award for long days and nights in the barn!

The lambs are indeed growing. Below is Zanadu, this year’s first lamb. Honestly, she is not nearly as serious as she appears! She is gaining six pounds per week. Today she lost here tail (also the first of the year). She definitely wants her chin scratched! 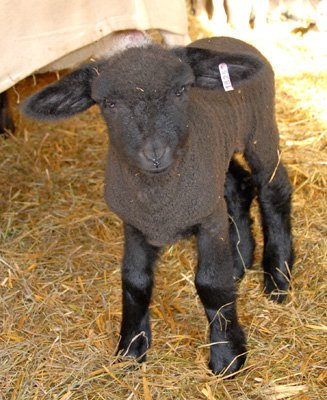 Lastly, here is Vespa, who started off the last day of week two with twins, just as the early morning sun was peeking into the barn. She is just cleaning up her her first lamb. His brother arrived within 15 minutes. This is our gift for the day toward a better world! 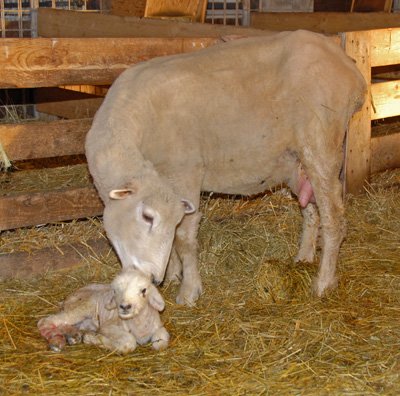