27 March 2014 – I slogged through a driving wind and heavy, wet snow to get to the barn this morning at 2 AM. Just about everyone was asleep, snug and comfortable. There was no sign of Allspice doing anything. By morning chore time the snow was somewhere between 4 and 6 inches deep. I spent most of the late morning clearing the driveway. The snow was wet enough that the snowblower barely could move it, but the job got done eventually.

At 4:15 PM we were about to start our daily lamb weigh-ins when Allspice decided to deliver a big ram lamb. With Dunn’s arrival lambing is done! Besides having the last lamb on the ground and healthy, the other good news was that Allspice was firmly committed to her job as a mother. Last year she had twins and only seemed to care about getting out of her jug. This year she is much improved. She is especially protective of Dunn, stomping a foot at anyone who remotely approaches the lamb.

Tonight we can sleep through the night. No middle of the night barn checks, which is especially nice since it is now raining and/or sleeting.

29 March 2014 – I have skipped an account of yesterday since it was a quiet day of routine maintenance in and around the barn. It was easy to tell that the entire flock was relieved to not having us spending so much time with them at all sorts of odd hours. They also have some sleep to catch up on!

Today we set up the second mixing pen. Æbleskive and lambs (Donut and Danish) along with Zita and her girl Daphne are the first occupants. Starting over with Æbleskive will hopefully allow her and the lambs to adjust a bit better than when they were placed into a large group of ewes and lambs. So far the early results are promising.

To celebrate the end of lambing here are a few introductions. This is Dirk, Astrid’s boy. He is 15 days old today and already weighs 25.9 pounds. 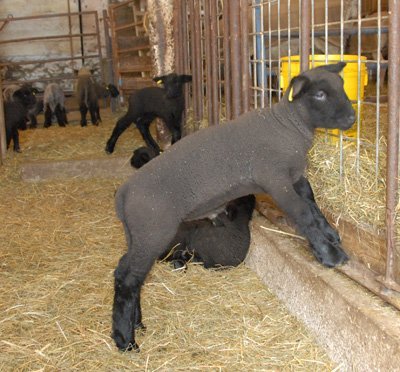 Brie’s Dante is almost as big. He has a lot of wrinkles to grow into. 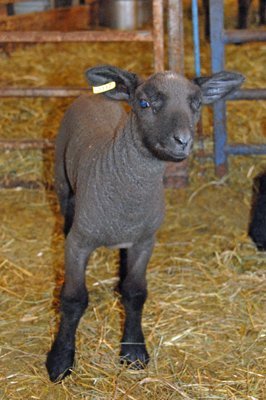 Ysabel and her two girls, Dorte and Dagmar, are just about ready to join the second mixing pen. 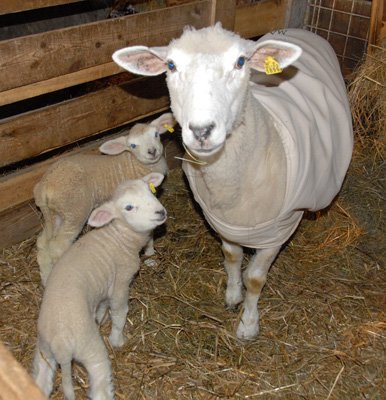 Ysabel with Dorte and Dagmar 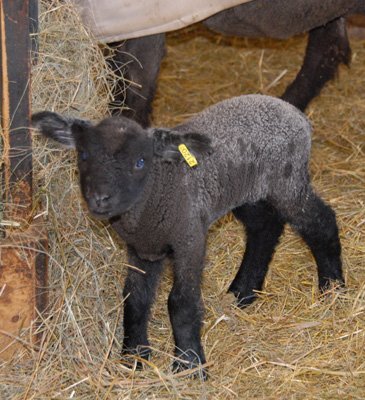 Dippety, along with sister Dooda, is one of Yuliya’s lambs. 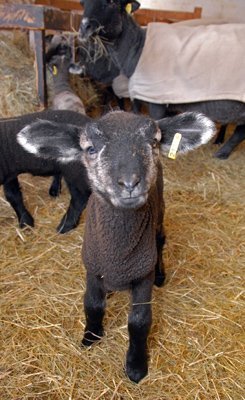 Keeping a lot of the lambs straight is a challenge, as can be seen with this group. Thank goodness for ear tags!