It is definitely the middle of summer here at Whitefish Bay Farm. Signs of the season seem to be everywhere. Temperatures and humidity have been high for a number of weeks. Our Barn Swallows are in the midst of fledging their second brood of young with great noise and excitement. We are toying with drought conditions where the areas of shallow soils become especially apparent. We are getting by just barely with the scattered rains we have had in the last few weeks. But luckily we have gotten all of our first cutting of hay completed and baled.

It has also been quite a long while since last I wrote anything here. For that I apologize! My silence has been due to a difficult case of tendentious in my neck, right shoulder and elbow. The cause of it seems to have been a combination of factors going all the way back to shearing and operating farm machinery in spring. Among other things, typing on a computer and operating a computer mouse have been compromised. I have been working with a physical therapist and we slowing have been making some progress, but there is still room for improvement. 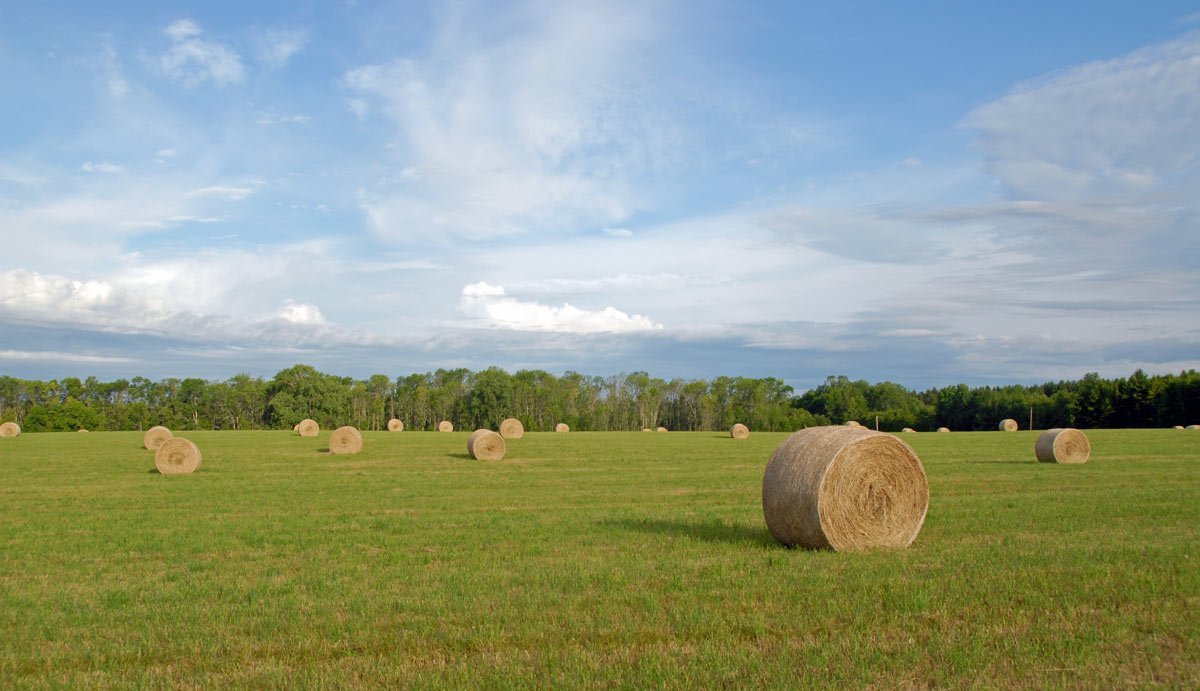 Often times the need to perform farm chores conflicts with medical recovery. One important limitation has been the inability to make hay into small bales in the manner that has been part of our existence for so long. For the second consecutive summer we contracted to have our hay custom cut and baled into large round bales. All of the hay was cut and baled before the end of the first week in July. At least this year we had enough windows of opportunity to get the hay cut and baled without it being rained upon, so that the quality of the hay will be much better than the hay we could not get cut last year until late August. The image above is just a portion of our collection of over 140 round bales, which I am still in the process of collecting and getting protected from the weather. Each bale weighs somewhere between 600 and 800 pounds. (That is a lot of small square bales that we are not having to move manually!) 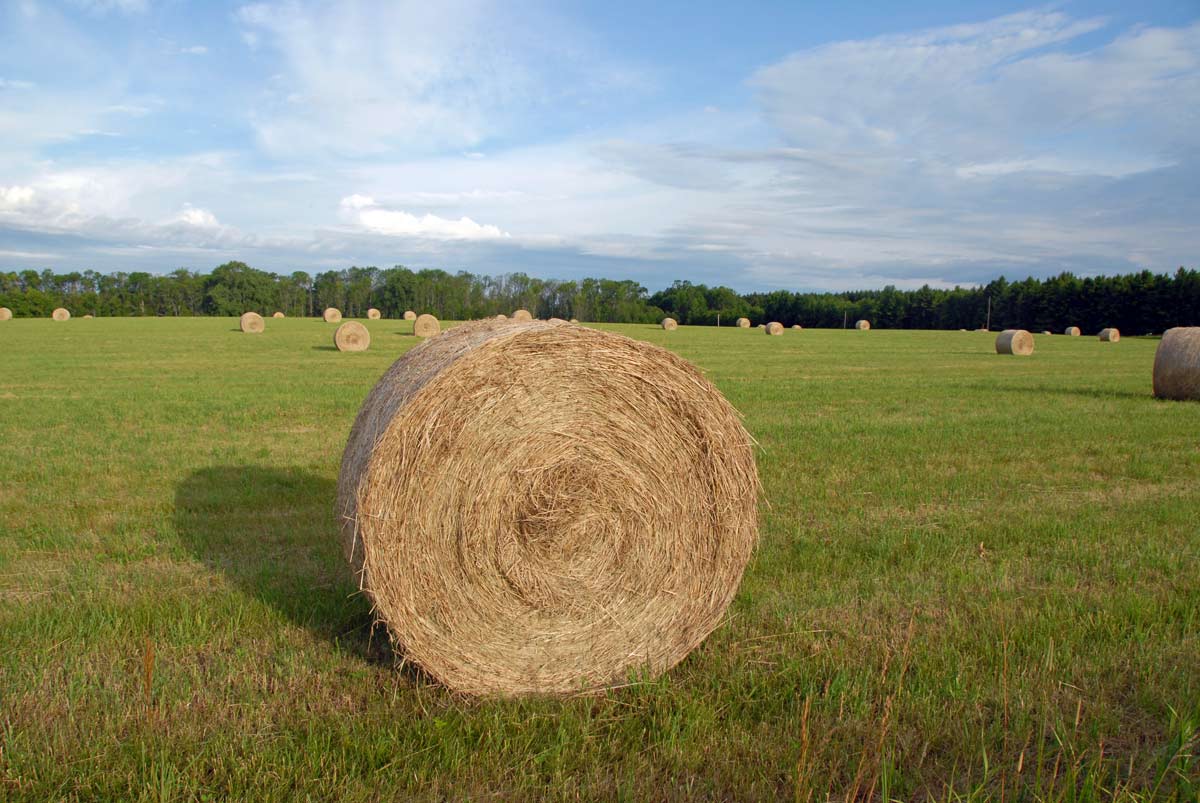 The flock had a ringside view of the baling action, since they were grazing in the field we know as “The Orchard”, which is immediately adjacent to our hay field. They coped amazingly well during the cutting, raking and baling activity. One wonders if they knew that it would be better tasting hay than last year’s and they were therefore more patient with the neighborhood activity and noise.

The sheep always begin their grazing day long before any mechanical activities began next to them. In the early morning there is almost always much too much dew on the pastures to permit the presence of mechanized equipment. So at at hour, aside from me setting up their pasture and taking them out, their only regular company is the flock of swallows which are happy to have the flock stir up some early insect activity which is of course “bird breakfast”. 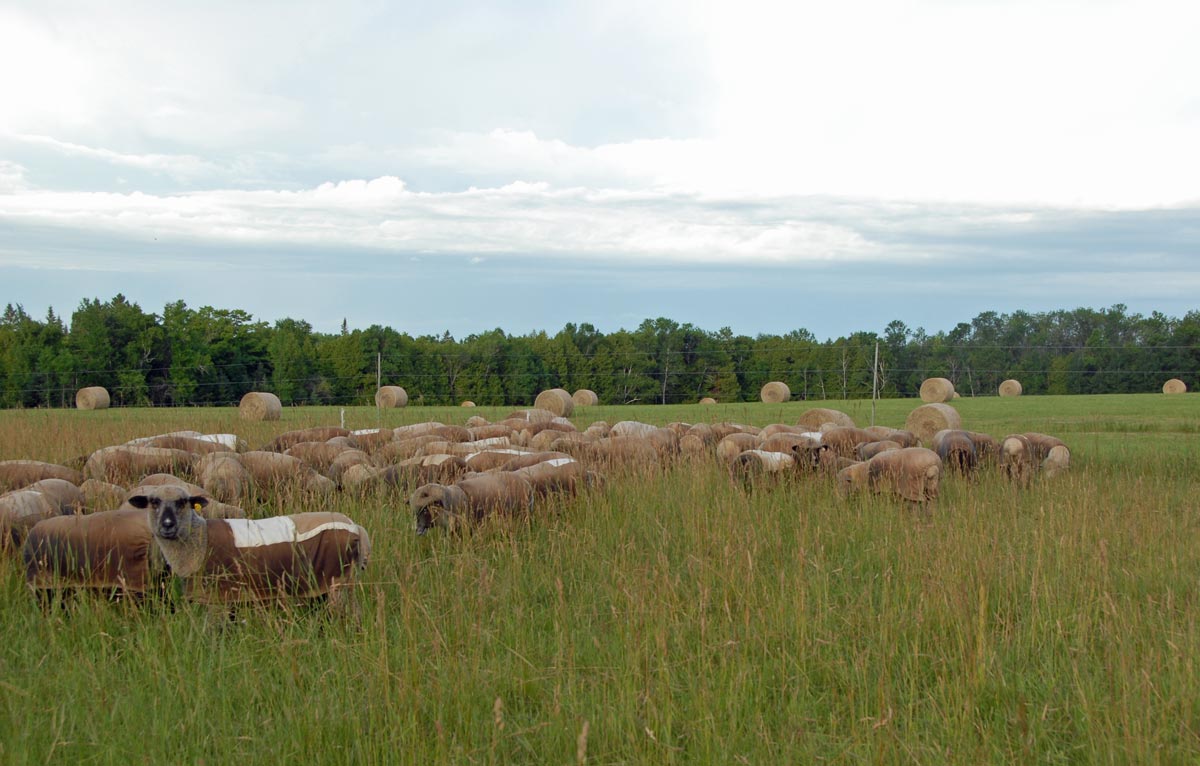 Usually eating breakfast is the ewes’ first priority at this hour, but there are usually a couple members of the flock whose curiosity becomes too great when I spend some extra time with them taking pictures. Dana and Diva can almost always be counted upon to show up in those situations. 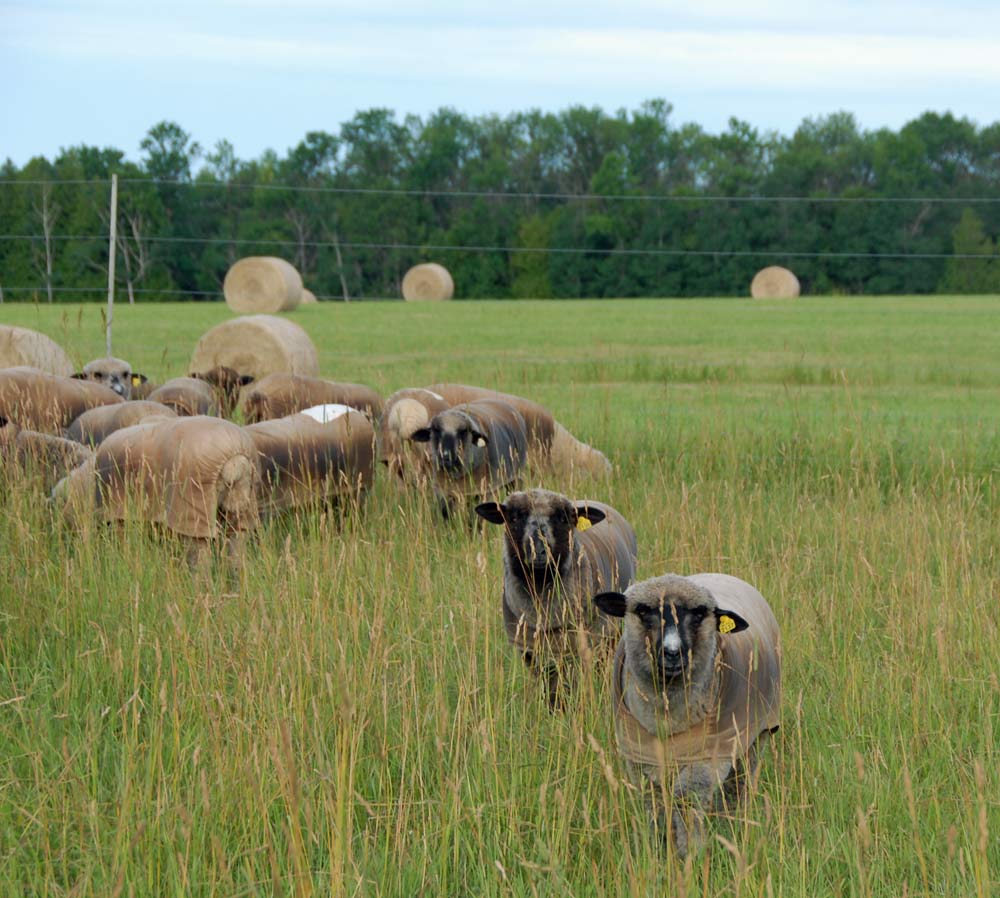 The rams are always the last to go out to pasture in the morning. They of course have their own private pasture for which they are sometimes not happy about due to lack of companionship, but it is better than staying in the barn. Aries’ and Clancy’s trek out in the morning is a bit more sedate than when the ewes head out. Nonetheless they always make it out. 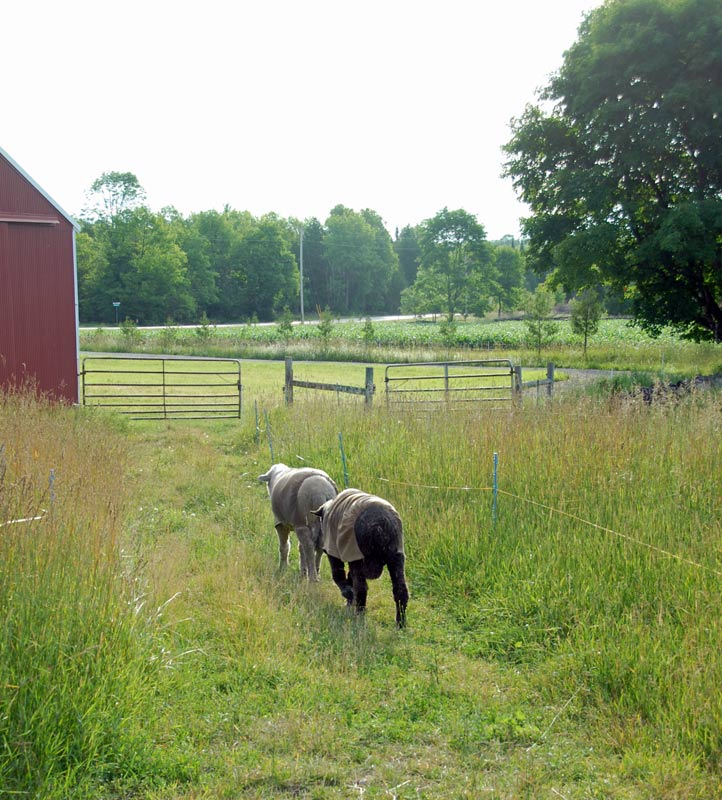 Thanks for joining us. Hopefully I will be able to return more frequently in the future!