It has been a while since the last lambs were born. The good news is that they all are healthy and growing. Even their moms appear to be recovering some of their condition despite having to produce excessive amounts of milk for the lambs. As a result, we are pleased with the progress of the next generation and the overall health of the flock.

This news should not be construed as evidence that we have not been busy. We managed to get all of this year’s fleeces ready for sale. The new fleeces were posted to the website (www.whitefishbayfarm.com.fleeces/htm) on April 9th.  It is now a little over a week later and many of the fleeces are sold. However, there still are quite a few very lovely, beautiful fleeces that are available. 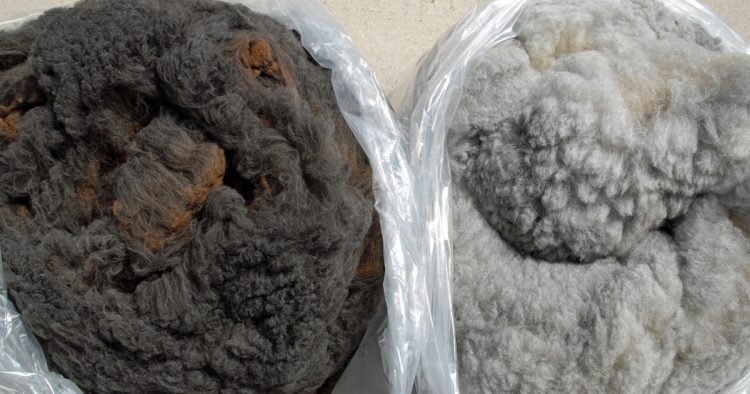 If you are interested in purchasing a fleece or fleeces for handspinning, have a look at the site. The sheep and the shepherds will thank you!

It would be nice to report that spring is advancing rapidly in our part of the world. We have experienced warmer days in which much of our snow cover has melted. At the moment only the larger drifts remain (some of which are still substantial). Even though they are late, the spring migrants have begun to trickle in. On April 7th we had the first Eastern Bluebirds arrive, along with Sandhill Cranes. The same day the resident woodchucks made an appearance in their rocky home territory in the 4th pasture. We are also seeing a few other birds since then. Fox Sparrows are here along with White-Throated Sparrows and Chipping Sparrows. Perhaps most gratifying for us was the first Barn Swallow to fly into the barn this morning.

It has not, however, been an easy time for the migratory birds. Because it has not gotten very warm and we continue to experience snow storms. In early April I placed the rain gauge out in the vegetable garden, figuring that it would not get cold enough to damage it. (That was a bad idea!) After getting over an inch of rain in the second week of the month I had to take the gauge in on the 14th, as we received nearly 2 inches of snow and low temperatures in the upper teens. That much snow put the recently arrived birds in an emergency status, where food was scarce and/or inaccessible. Most of that new snow again has melted, but it has not stopped further flurries.

Hopefully it was not an ominous sign, but the day after the last heavy snow we hosted a pair of Turkey Vultures. They spent considerable time on the peak of the barn roof. 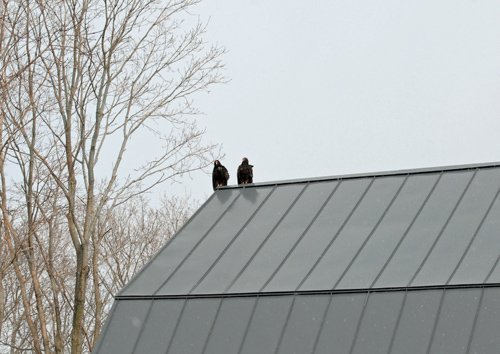 It does not show well but they were here during another flurry of snow. We are hoping that their appearance is not a sign of pending doom. Since then, they have not been spending as much time here. Nonetheless they are a couple of characters. 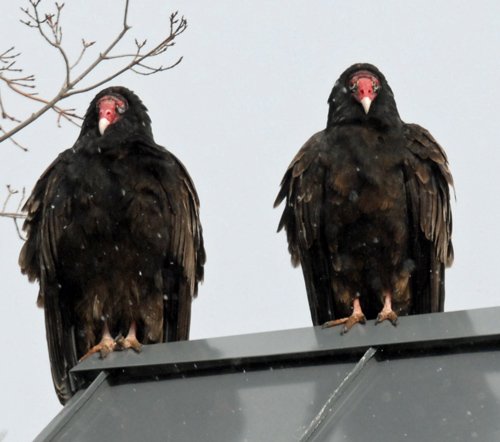 In any case, spring is very late. It will be a long time before there is any grass, substantial enough for grazing. The first cutting of hay seems like it is a long, long ways away. If anyone sees Spring, please direct it our way!