It is difficult to believe that it has been two weeks since the last lamb was born. Relating to the passage of time is, at best, difficult around here. The weather does not help in that regard. It is seasonably cool again, but the plants and animals have been totally confused by the early warmth. Normally we would not be expecting to see the maples and birches budding out until next month. In the woods around the farm the Hepatica are in full bloom! 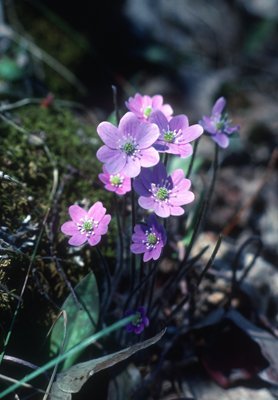 As much as we would like to see the sheep on pasture, it is still too early in terms of the pasture growth. The virtual lack of rain over the last couple of months has not helped in that regard. From the long term perspective, I have to keep reminding myself that the flock is normally not out on pasture until early May, at best. The flock is doing well, despite their being limited to wintertime rations. On occasion, a couple of ewes can be caught wistfully gazing out the door, but they seem content.

Tricia continues with her recovery, for which we are all very happy. A few days ago she was acting as if life would be better in the main pen with the rest of the ewes and their lambs. We were happy to oblige her. Her boys, Blimey and Boomer, have had more difficulty adapting to the move. Unlike the rest of the lambs, they did not get to acclimatize to a small group of ewes and lambs before joining the assembled group. They still seem a bit lost. They are also not getting the normal amount of milk that one would expect from Tricia. Her start was so slow that I suspect that she will never quite get up to where she normally would have been in terms of milk volume. We are just glad she is as well as she seems!

Lost in the frantic final days of lambing was Yoko’s transformation. It may be remembered that she was only allowing her lamb, Brewster, to nurse while she was also eating. As she moved into the larger group of ewes, we suddenly realized that we were seeing her allow Brewster to nurse normally when she herself was not eating. We theorize that she might have heard us grumbling about her questionable motherly performance and the possible unpleasant consequences of continuing as she had been. It is a pleasant sight to watch the two of them together.

On a different front, the double weave blanket was completed long ago. I just did not find time to write about it. It has already left for its permanent home. 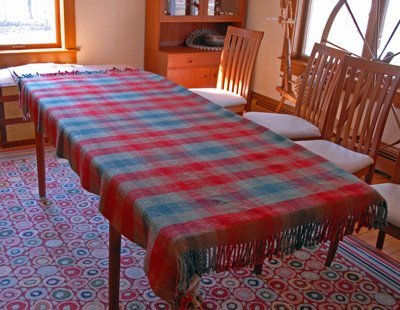 It turned out well, especially considering the scope of the project and the fact that both of us, Lorrie, the spinner and myself, the weaver, had not tackled something so large, in terms of spinning, dyeing and weaving. At this point I would be remiss if I did not give credit to the other two major contributors, Quiche 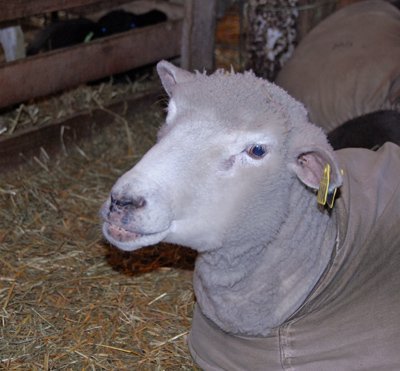 and Uhlayla. Without the two of them we would have had nowhere to start and nowhere to go. 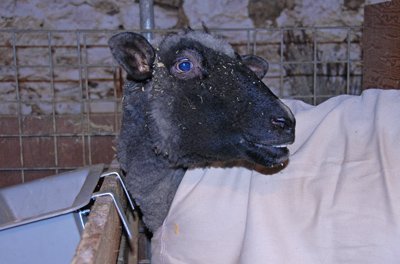 This week we will be offering our 2012 fleeces for sale. If you are interested in purchasing one or more of our Corriedale fleeces, visit our Fleece page. It will be updated on April 18th, Wednesday morning at 10:00 AM CDT. At that time it will show the new fleeces that are available and will direct you to the appropriate lists of fleeces. We will not be taking any orders prior to that time. Gretchen and I look forward to discussing fleeces with you Wednesday morning.