Turning the Corner into Autumn

It hardly seems that over a month has passed since we witnessed the great Monarch butterfly spectacle. Within a week of the peak of their assembly, they had virtually disappeared, aided, I am sure, by more northerly winds and spurred on by falling temperatures. Since their departure we have experienced a continuation of the unusually heavy and steady flow of rain across Wisconsin. The first week of October brought especially heavy amounts of moisture. Luckily we were spared the serious flooding that much of the central and western portions of the state experienced. Interestingly, I am still seeing a few Monarchs every day, nearly always heading south. I suspect they are the late hatched brood, many of whom were mere caterpillars when the big exodus occurred five weeks ago.

The rain has kept the pastures green. It has been a phenomenal year to be a grazier. We finally gave up trying to cut and bale hay. This was in part due to the fact that the barn was nearly full, and partly due to the fact that with shortening hours of day light and continued downpours of rain, it was evermore difficult to get the hay to dry sufficiently to be able to bale it. However, the sheep took over for us. Since the second full week of September they have been grazing what is normally our hay field. They have made a dent in the excess amount of hay, but they will never finish the entire field. As it is, they (and they shepherd) now have an extremely long hike to make it out to pasture every morning. In two more days they will be on the northern edge of the field, just across the road from our neighbor, Pat. That distance will just about exhaust our supply of portable electric fence and posts. In addition it will be at the very edge of our permanent water supply which, even with extra hoses, is a long way to pump drinking water for them. 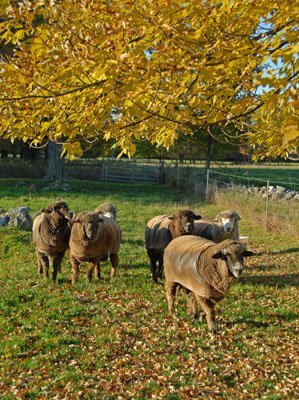 The rams are ready!

Aside from all the physical limitations, the calendar is also catching up with the flock. Next week the younger ewes will get divided into smaller groups and will get to meet and spend the early fall with the ram of their dreams. Breeding season is nearly upon us. The rams are definitely ready as is evident both from their behavior and their smell. Exciting times are soon to be upon all of us!

Despite the advance of the fall season, we have yet to experience a truly hard frost. We had one night in early October in which the vegetable garden was effectively “put to bed” for the season. We did have a hint that frost was to come, so that the last of the tomatoes, peppers, melons and squash were harvested the afternoon before. The annual flowers that are out in the open have also been frosted out, but nearly everything growing near the buildings has, to date, been spared. 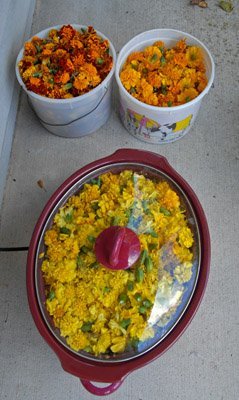 Besides harvesting the vegetables, we also picked nearly all the marigold blossoms and sorted them into three different shades. The dye pot and dyer have since been busy. The result has been a growing collection of lovely shades of dark to light yellow skeins of yarn. It is also artichoke season; every meal of artichokes also produces enough dye stuff for a skein of light green yarn. 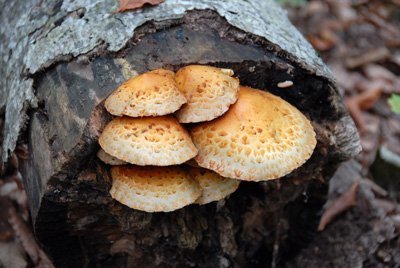 Thanks to the nearly constant high levels of moisture it has also been a season of tremendous numbers of wild mushrooms. A few days ago we took time off to walk through the Logan Creek Sanctuary (which is just a mile or so away). The volume of mushrooms was only made insignificant by their diversity. It was literally impossible to take a few steps before coming across another variety more beautiful or bizarre than the next. After an hour in the woods we began to expect a group of gnomes to appear amongst the fungi. 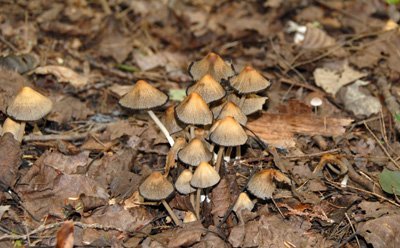 Sadly, they remained too allusive for us to see. We need to consult with the sheep since we know they have regular contact with the gnomes. Perhaps next trip into the woods…. 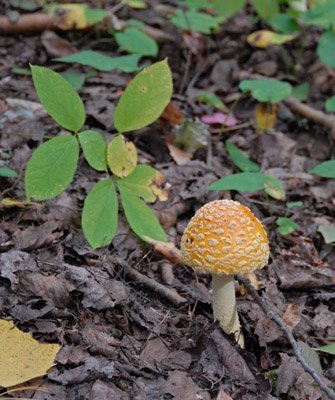