Finally! We are back out on pasture. It took until May 14th (appropriately Mother’s Day) but our shepherds got their acts together and let us out onto pasture full time. Yep, this is Brie (not the old grumpy guy) writing. We have been looking out the door and have seen a lot of green grass, but the shepherds had all sorts of excuses why we could not be out there.

First, it was that the pastures had not yet grown well enough. Then, the old guy finally got the water lines pressurized. That is always a pretty good sign that we are about to head out. Then grumpy started to hem and haw, something about the electric fence not working well enough to protect us. He spent two whole days wandering all over the place, checking the fence lines. Finally, he announced that he had found a short circuit and had fixed it. It was something about the insulation on the wires wearing out where they go under the machine shed. Any fool would know that that meant the entire shed was “wired”. Of course only a couple of folks would have been effected. The old shepherd, whenever he tried to open one of the steel doors would have gotten a jolt. The same would have happened to Chucky, the woodchuck, whenever he crawled under the siding, as he often does. In our humble sheep opinions, a good jolt would have done both of those guys some good! Sorry…I got sidetracked.

Finally the folks who run this place announced that we could head out. Once they opened the barn door there was no stopping us. 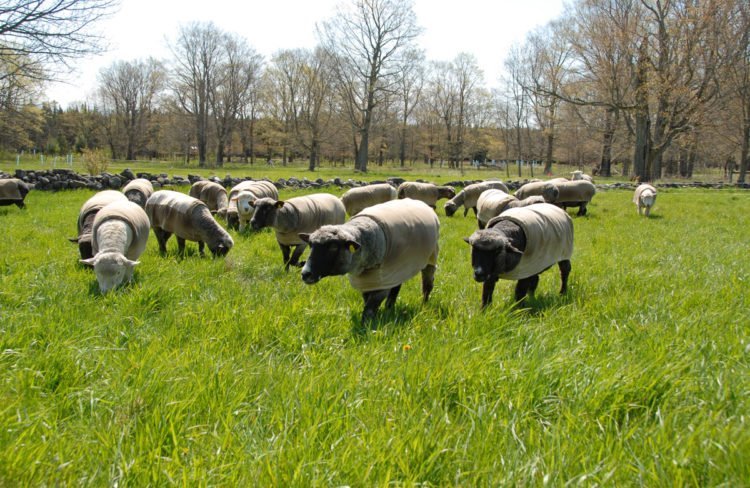 What a pleasure after eating baled hay since last November. Needless to say we enjoyed the warmth, the sunshine, the lake breezes and, most important, the green grass. The two shepherds hung around long enough that we even had to check up on them to see if they were okay. Dana took on that role perfectly. 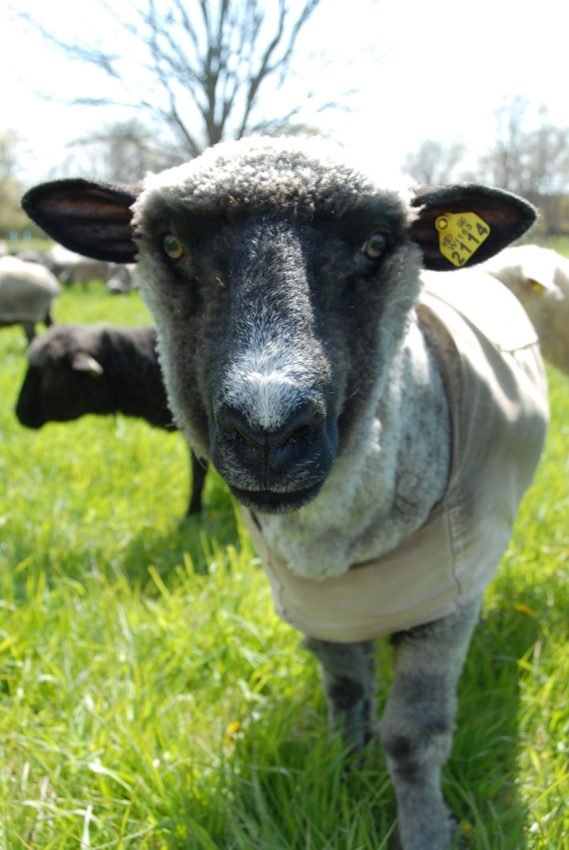 After a time we figured that they needed a bit of love and attention. So some of us obliged. This is a picture of Willeta and the Nice Lady having a nice conversation. 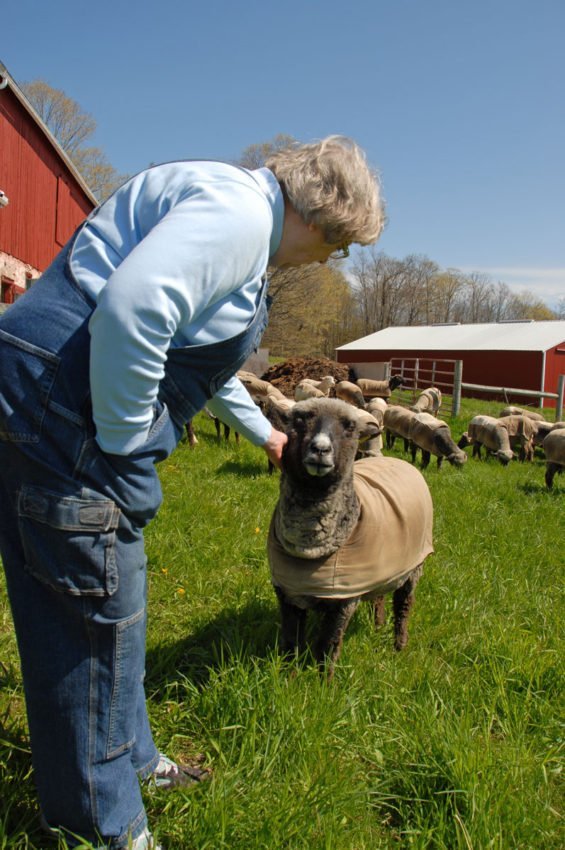 We humored the two people for a while. Finally they got the message that we had better things to do, i.e. grazing lush grass. With that I gotta go or I’ll miss out on my share of the pasture.