Whiteout on the Loom

At Whitefish Bay Farm, like much of the Midwest in December and January, we have found ourselves in the deep freeze in terms of temperatures and buried in various depths of snow. Locally we have been spared the truly dangerous temperatures, but so far we have gotten down to -15° F (-26° C). As I write we are experiencing a “good” lake effect snow which is expected to drop as much as 18 inches of snow upon us. Yesterday, before the snow arrived I was lucky enough to move an additional 5 large round bales of hay into the barn addition. At least we are now set for another 20 or so days of feed for the flock before I will need to bring more inside. In short, it has been a good time to spend indoors as much as possible, perhaps reading a good book or doing some weaving. Or, if you are Pussa, you spend some time at the window next to my loom either observing the work on the loom or watching the birds outside at the feeders. 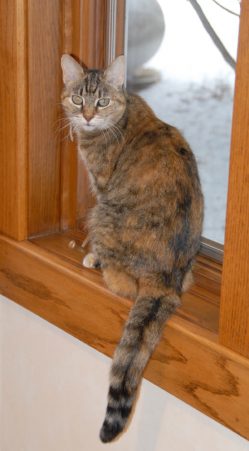 On my large loom it was time to begin a new series of blankets. The beginnings of such a project with a new pattern always requires that a different tie-up has to be created for the various harnesses. On the Glimåkra loom that means spending a fair amount of time crawling around on the floor under neither the loom. (Not my most favorite job!) The next step is to measure out the yarn which will constitute the warp (i.e.the yarn which runs from back to front of the loom). For this blanket, that entails 573 lengths of white yarn which will have to be threaded through the reed on the beater and then through individual heddles which are fastened to the separate harness in a precise order (which in part determines the pattern to be woven). It is always a slow and tedious process which must be done perfectly to avoid any structural and pattern errors. This whole process is know as “slaying” the loom. So here we are, the warp has been threaded through the reed and then the heddles behind the reed. The center warp yarns are already tied to the front beam. 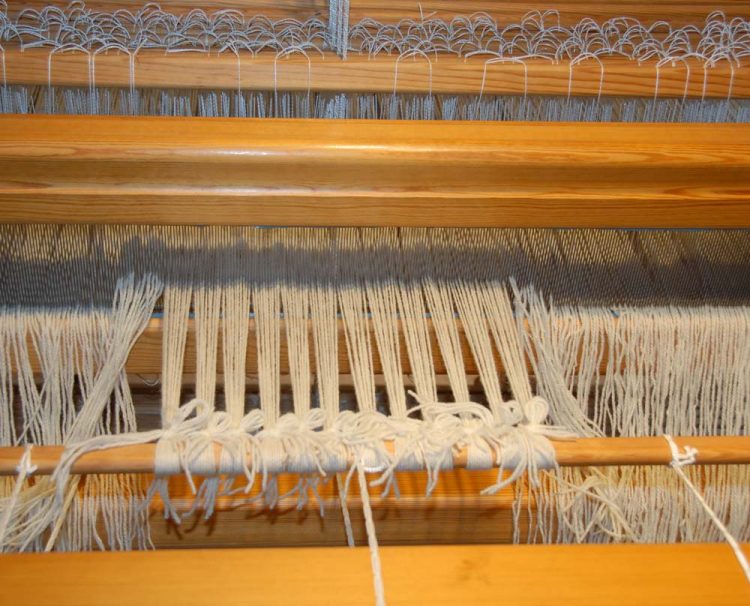 It had been a long time since last I slayed my loom in the dead of winter using white yarn. The previous few years seemed to have always used darker yarn for the first warp. I had forgotten what a challenge it was to thread white yarn through white plastic heddles when the landscape all around outside was also totally white with snow. Perhaps this angular view gives a better sense of the potential for chaos. 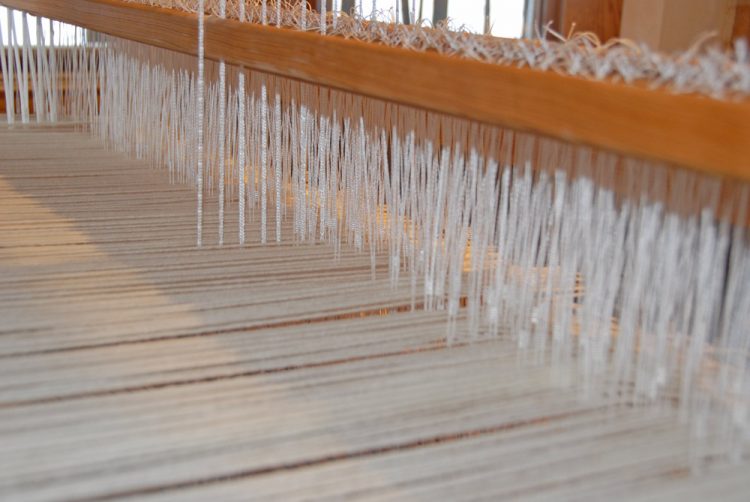 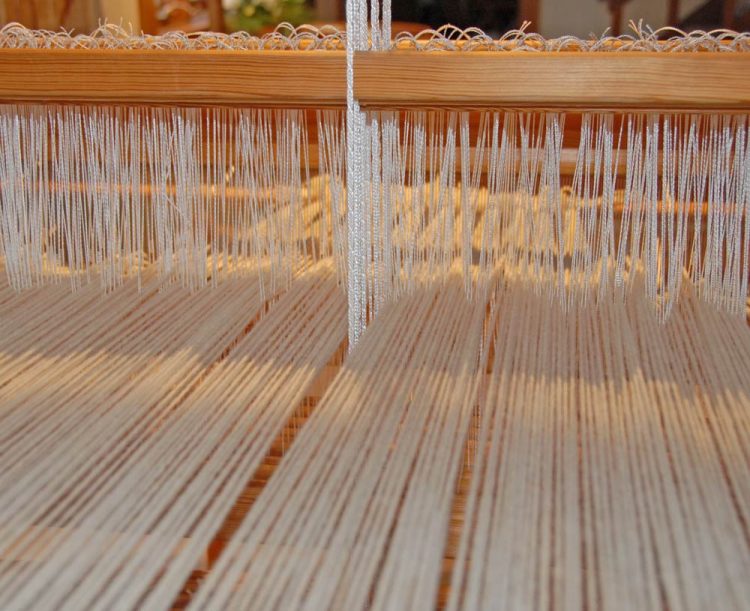 At this point the threading was finished and it does not appear too chaotic. But during the process it was visually difficult and maddening, due to everything being bright and white. It took the better part of two days to get everything right. Lots of time was spent re-doing sections in which I had made errors. When I finally figured that everything was correct, it was time to begin weaving. Only at that point did I discover a couple of additional threading errors! Correcting those errors took a significant amount of time.

Nevertheless the warp was finally correct and weaving could proceed. I am about 36 inches into the blanket. Here is what it looks like so far. 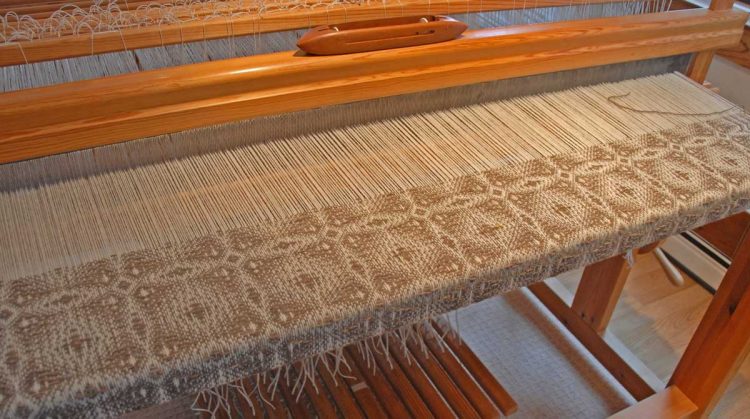 The difficult and tedious part of the job is now history. The act of weaving is so much more enjoyable and rewarding. However, I still need to avoid looking out the window on the sunny days. It takes a while to get ones eyes adjusted to the light inside. Today should not present too many of those problems: the snow is coming down too thick and heavy to allow any significant amount of sunshine through. I better get back to weaving.